Empathy can deliver more value than market segmentation ever will

I’ve been talking with a lot of people recently about audiences. Every single one of them admits they don’t know them as well as they’d like to.

So today I'd like to invite you to think about one element of your existing or potential audiences to see how well you know them ... the over 55s. Forget demographics, postcodes and reductive segmentation systems. Focus on the human factor. What is it like being an over 55? What are their choices, life challenges and opportunities? What might their current and latent needs be?

The first qualitative research project I ever conducted was with people aged 55 and over who had retired, or were about to retire. They were all recruited through local branches of trade unions and had worked long and hard as miners, nurses, pharmacists, shopkeepers etc. We talked about what it was like being them, about their quality of life, aspirations and fears, and the place and value of arts/culture in their lives up to now and into the future.

My assumptions (and yes, I know researchers aren’t supposed to have them, but hey, I’m human) were blasted out of the water. What might yours be?

Through the conversations we learnt that that an important distinguishing factor between those about to retire was the balance between social and solitary leisure activity in their lives: from community activism and team sports to knitting and reading.

Socially active people already had a cornucopia of 'action plans' for their retirement based on existing activity and revealed they would be continually on the look out for more. Their radar was in full swing, seeking opportunities for input, stimulation, enrichment and to be with other people in a meaningful, purposeful, active context.

Those people who were not socially active felt apprehensive about retirement. Whilst gardening, crosswords, craft and reading provided pleasurable, solitary antidotes to the hustle and bustle of work, retirement presented the prospect of isolation. Most felt at a loss as to how to fill the social void because they were not, by nature, gregarious people. What they wanted was something 'less-in-your-face', opportunities to pursue focused, relaxing activites, but perhaps in company.

Many of the people I spoke with were not culturally active (as an audience or visitor that is) and hadn't considered arts/cultural engagement as a retirement activity … but once they got talking about their needs the arts seemed perfectly placed to deliver on them. They were ripe for meaningful arts engagement, they just hadn't realised it ... and if I had asked what they needed they would not have mentioned the arts at all!

What followed was a process of working with these groups to shape and develop successful entry points into the needs we had uncovered. This (and not the 'art' per se) became the vehicle for meaningful audience development. All it took was a series of conversations and a little empathy ... and the process of talking with them was audience development in action, not just a means to an end.

This research was conducted nearly 20 years ago. A lot has changed. People now live with the prospect of working until they’re older, but they are also living fitter, healthier and longer lives. How will this impact on their needs and priorities when they reach the age of 55, 65, 75? How could the arts occupy a meaningful place in their lives in the lead up to or during retirement? And how are we planning for that NOW?

My point is that empathy can deliver more public and organisational value than market segmentation ever will. Empathy can shape your offer, craft messages, create meaning and enhance quality of life in a way that is hugely people-focused.

But why the Jane Fonda video? Because in this powerful talk (just over 11 minutes long) she speaks for her age in a way that is eloquent, articulate and profound ... and which might, for some of you, challenge your assumptions about the Third Age. I urge you to watch it. It’s deeply thought provoking. And whilst you watch it, think about empathy and the degree to which your really understand your audiences.

From Lip Service to Love Affair: changing your relationship with audience data 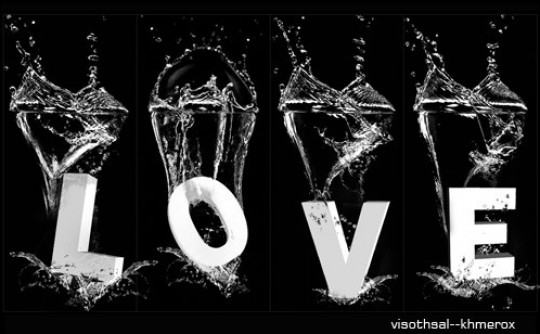 From the ACE Accreditation Scheme for Museums and Galleries to its Audience KPIs for venues and touring companies, audience experience measurement is on the rise. New thinking and practice fresh out from the States, from luminaries such as Alan Brown and Diane Ragsdale, are upping the ante.

This burgeoning demand for audience experience and impact measurement is a wonderful thing, but I wonder how it will be achieved. How are arts organisations going to access high quality audience insights without the funds, capacity or skills to deliver the research required?

During all my years of advocating the value of understanding audiences, arts professionals have generally agreed it’s a good thing. Getting them to agree that it is important enough to invest time, effort and money in is quite a different matter.

Last week, I ran a training session on qualitative evaluation with a small gathering of Local Authority museum professionals. The aim was to prepare them for the ACE Accreditation Scheme. Rather than embrace the concept of investing in understanding the visitor experience, the group wanted to focus on “quick wins”, largely because they couldn’t see the value of the insight to them. It was simply another set of hoops to be got through.

My concern is that we will resign ourselves to the emerging focus on audience experience and impacts from within our dominant ‘culture of compliance’; dishing out data as a means-to-an-end and paying lip service to our funders. What can be done?

The beauty of qualitative data is its ability to demonstrate the degree and depth to which you are delivering on your core Mission as well as connect you with your audiences. Its the kind of data you could fall in love with because it resonates with the ‘why’ of our existence (remember, we exist and are funded to deliver value through the creation and delivery of great experiences) and informs the 'how' of making what we offer better.

So, why not train arts organisations to conduct audience research themselves, making the value they create visible and bringing their mission to life.

Now – I raise my hand here. I am guilty of being one of those who placed their skills on a parapet and denounced the ‘dabblings’ of the unqualified in audience research. But I find myself now, in the current climate, between a rock and a hard place:

The Rock:  who can afford to commission robust qualitative research as a process of ongoing monitoring and evaluation?

The Hard Place: if people resort to doing it themselves without the proper training, will the research or evaluation be robust enough? Will the insights be any good?

To address this I have set up a pioneering training programme for the arts, cultural and heritage sector called Audience Insight. It’s designed to be a cost-efficient programme for beginners that will equip them with the core skills and confidence to deliver qualitative research and evaluation to a high degree of competency.

There are currently two programmes on offer: one on Focus Groups - It's Good To Talk - and the other on Observational Research - The Eyes Have It. Both employ a current ‘live’ scenario specific to the organisation around which we devise, deliver and analyse genuine research value through the training programme.

The point I’m trying to make is that the policy-driven demand for qualitative needs to be accompanied by the means to obtain them. At present, there is an economic and skills vacuum. Hopefully, training like Its Good To Talk and The Eyes Have It will help deliver capacity across the sector, and embed qualitative research and evaluation as a core organisational process that people genuinely buy into and will fall in love with.